Easing the Emotional and Financial Squeeze of Multigenerational Caregiving 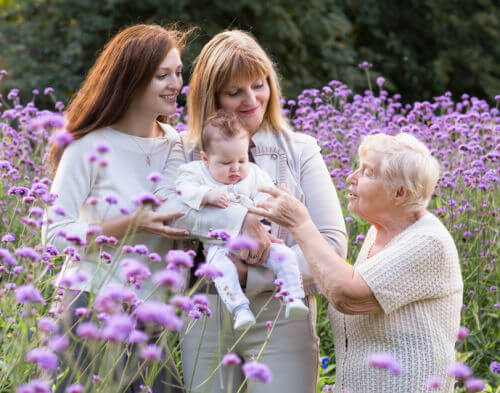 At age 65, both Angela and her husband were retired. At this stage in their lives, they were relatively unencumbered and enjoyed traveling and visiting with their daughter, Rose, and her 5-year old twin boys.  Angela’s parents had passed away years ago, and her husband’s widowed mother was in her late eighties and still living in her own home. When things changed, however, they changed in a big way.

First Angela’s mother-in-law fell and broke her hip. It was clear she wasn’t safe being alone, and Angela and her husband decided his mother could come to live with them after her discharge from the hospital and rehab. Soon after, Rose broke the news that she was getting divorced. It was a stressful situation, and she asked her mother to watch the kids after school so that she wouldn’t have to put them in daycare. Angela reluctantly agreed. It was family after all. Their daughter needed help.

And just like that, Angela became a caregiver for her mother-in-law and her grandchildren. Her plans with her husband to travel and escape for weekend getaways vanished like a puff of smoke. Angela’s mother-in-law could no longer drive and needed transportation to her doctor appointments, the grocery store, the pharmacy, and the senior center. The twins were a handful, and Angela was exhausted by the time Rose got out of work to pick them up. A few months later when Rose lost her home to foreclosure and had nowhere to turn, her parents let her and the twins move in with them. The house was noisy, cluttered, and bursting at the seams, and Angela herself sometimes felt she was bursting at the seams as well. This was not how she imagined her “golden years” would be.

Multigenerational caregiving presents emotional and financial challenges, especially for the generation “caught in the middle.” Taking care of an older relative as well as children or grandchildren can try the patience and emotional and financial resources of the caregiver(s). Often there is little time to prepare. A multigenerational household may result from the sudden medical crisis of a family member, divorce, unemployment, parental substance use or mental health problems, military deployment or other event. While there is no magic bullet, there are ways to ease the stress of a multigenerational caregiving situation, such as the following:

While multigenerational caregiving poses many challenges, there are benefits as well. For example, close family bonds that form between generations can be emotionally fulfilling and provide a sense of meaning and purpose for grandparents, and love and stability for grandchildren.